Diversity, Equity and Inclusion: A Roadmap for Investment Committees

Increasingly, Foundation, Endowment and Nonprofit investment committees are considering whether and how to incorporate Diversity, Equity and Inclusion (DEI) factors in the management of the investment portfolios that they oversee as fiduciaries. This edition of ClearView Insights draws on recent research and best current practices to provide a “roadmap” for investment committees that are grappling with decisions about DEI.

UPMIFA and its Impact on Spending in Times of Market Decline

It is not unusual for the value of endowments to decline significantly when markets are turbulent – often below their original values. Fiduciaries grapple with the question of whether and how much to spend from endowments in such periods, particularly when they are subject to restrictions imposed by donors. This edition of ClearView Insights draws on guidance from the Uniform Prudent Management of Institutional Funds Act (UPMIFA) to provide an overview of the challenges of addressing “underwater” endowments in times of market volatility, including suggested steps and alternatives for consideration by fiduciaries.

Investing with an “Infinite” Time Horizon

As the Center for Fiduciary Studies has written, “One of the most important decisions the Investment Steward has to oversee is the determination of the portfolio’s time horizon.” This edition of ClearView Insights explains the challenge that fiduciaries face in balancing the near-term needs of an organization with steps required to help ensure its long-term sustainability. While broadly accepted best practices to achieve such balance do not exist, this paper suggests areas of inquiry for fiduciaries as they consider how to invest with a long-term (and sometimes infinite) time horizon.

Investment fees are among the most widely discussed topics for fiduciaries of foundation and nonprofit endowments. Based on the findings of our 2019 fee study, this edition of ClearView Insights presents the seven key factors that we believe most influence investment fees. It is critical that fiduciaries become knowledgeable in this area, exercising their best collective judgment to ensure that fees incurred are “appropriate and reasonable,” as required by the Uniform Prudent Management of Institutional Funds Act (UPMIFA).

For fiduciaries of foundations, endowments and nonprofits, the selection of appropriate investment advisers is among the most critical responsibilities. Ideally, advisers are selected through a Request for Proposal (RFP) process that demonstrates prudent fiduciary oversight, strengthens decision-making, and carefully documents the steps taken. RFP processes sometimes become protracted and unwieldy and this edition of ClearView Insights summarizes best practices to assist fiduciaries in creating a process that is efficient, fair and timely.

Peer analysis is common across many sectors and widely used by larger nonprofits and universities in benchmarking their investment performance. We estimate that such analysis is employed by less than 20% of smaller institutions, however, and our research indicates that more than two-thirds of such organizations underperform their market benchmarks. As a result, most are unable to sustain the inflation-adjusted value of their investment portfolios over time. This edition of ClearView Insights describes how peer analysis can supplement other essential tools in helping fiduciaries strengthen decision-making and investment outcomes.

Investment Policy for Foundations, Endowments and Not-For- Profits (Part I)

Creating a sound governance structure for an institution’s financial assets is among the most important legacies that governing boards can leave for the organizations they serve. Fiduciaries have an obligation to establish an Investment Policy that is consistent with the perpetual nature of institutional portfolios. For boards considering the adoption or modification of such a policy, this edition of ClearView Insights lays out both key issues that should be considered and pitfalls that can be avoided through consistent focus on a long-term investment horizon.

Part I of “Investment Policy for Foundations, Endowments and Not-For-Profits” provided an overview of the key issues that should be considered by fiduciaries in constructing an investment policy. This edition of ClearView Insights provides a more detailed discussion of some of the key “best practice” building blocks that are necessary to construct a sound Investment Policy Statement. Included are overviews of Time Horizon, Investment Objectives, Spending Policy, and Risk Management.

Guidebook for Boards of Directors 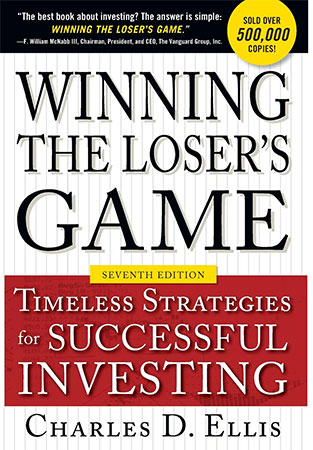 Larry has over 30 years of investment and consulting industry experience. After working as a Senior Consultant with Andersen Consulting (predecessor to Accenture), Larry entered the investment industry where he was an Institutional Representative and investment consultant until he joined Oak Value Capital Management, Inc. in 1994. During his 17 year tenure at Oak Value, he rose to the position of Chief Executive and Portfolio Manager. He and his partners sold Oak Value to RS Investments LLC of San Francisco in 2010 and remained with that successor firm until the end of 2012. Larry earned a BS in Business Administration from Coastal Carolina University in 1981 and an MBA from the University of South Carolina in 1983. In addition to having served on the Boards of several non-profits including the Coastal Educational Foundation and the United Methodist Foundation, he co-managed investment portfolios for more than three dozen foundations, endowments and not-for profit organizations over the last 20 years.

Debbie joined ClearView in February, 2022 as Finance Manager. With 30+ years of executive experience in multiple industries, Debbie utilizes financial information to understand a company’s activities and values as well as to report and communicate economic condition. Debbie began her career as a CPA at KPMG, where she managed audits in the nonprofit, real estate and banking industries. She served as the CFO of the North Carolina Community Foundation - responsible for the accounting and investing activities of the Foundation. She subsequently recruited and led financial service professionals at a regional accounting services firm and was most recently the Director of Physician Relations at WakeMed Health and Hospitals in Raleigh, NC where she managed the relationships between the hospital and the system’s contracted and employed physicians. She obtained a BS degree in Business Administration from the University of North Carolina at Chapel Hill in 1982.

Libby joined ClearView in February, 2022 as a Member Consultant. She was the former Director of Investments at North Carolina State University accumulating over 30 years of experience in investment management, corporate, educational, and financial accounting. Libby managed multiple portfolios at NC State with assets in excess of $2.2 billion including long-term endowment assets invested in a sustainable, responsible, and impactful manner. Libby is currently a member of the John Rex Endowment Board, a member of the APLU (Association of Public and Land Grant Universities) investment committee and a member of the editorial committee of Academy of Institutional Investors. Additionally, she is a former member of the Executive & Steering Committees of the Intentional Endowment Network and a former member of the CAP Trust/UNC 403B Investment Committee. She previously served on the State of North Carolina’s Supplemental Retirement Board of Trustees and was the Chair of the Investment Subcommittee. Libby was named one of the 125 Transformational Women of NC State in 2013, and in 2019, received the Rodney H. Adams Endowment Management Award from NACUBO. She was also named one of the Top 30 Investors in Next-Generation leading Endowments by Trusted Insight. Libby received her Bachelor of Science degree in Accounting from Auburn University and was an All-American NCAA athlete in Swimming for the Auburn Tigers. She became a Certified Public Accountant in 1992.

Julie is a seasoned professional of more than 20 years of experience in the investment industry. For 16 of those years, she worked directly with ClearView’s CEO at Oak Value Capital Management, Inc. and RS Investments, LLC. Julie brings a unique set of skills and experiences to ClearView. She has managed a client accounting and servicing team and managed the investment performance reporting for more than 600 client portfolios (including an SEC-Registered mutual fund). Additionally, she was responsible for Oak Value’s compliance with Global Investment Performance Standards (GIPS®) and for implementing and monitoring the firm’s policy for the internal preparation, presentation, review and approval of all performance information disseminated to the firm’s individual clients and its external performance auditors. In recent years, Julie was the Marketing and Member Services Coordinator for the Advent Users Group(AUG), a national membership organization of more than 325 registered investment advisers. In the role of Member Services Coordinator with ClearView, Julie is responsible for day-to-day servicing of the Alliance Members. She lives in Hillsborough, NC with her husband (Larry) and enjoys spending time with her grandson (Jaxon) and singing in her church choir.

David joined ClearView in July 2018 as a Member Consultant. He is an accomplished, mission oriented, senior financial and operational executive with more than 35 years of progressive experience with large non-profit organizations in the Washington DC metro area. This included 18 years as the EVP & CFO of The Conservation Fund and prior to that 15 years as the CFO of The Mortgage Bankers Association. Dave earned a BS in Finance from Virginia Tech in 1980 and is also a CPA. He has been a speaker at the AICPA, was awarded an Industry Award of Excellence from the American Society of Association Executives (ASAE) and Chaired the Natural Capital Investment Fund (a Community Development Financial Institution). In this role, David will focus on helping grow our membership base and enhance our member services.

John joined ClearView in February 2020 as a Member Consultant. He is a seasoned professional with more than 35 years of diverse experience including strategy and governance, finance, client service operations, fundraising, investment management, government contracting, real estate, and human capital management. His background includes 18 years as EVP of The Urban Institute, various roles with international consulting firms and appointments with the American Embassies in Indonesia and the Czech Republic. John earned his B.A. from Duke University and M.A. from the University of Pittsburgh. He has served on the Boards and Committees of various civic and private organizations and has lectured at Harvard, University of Pittsburgh and Mary Baldwin University.